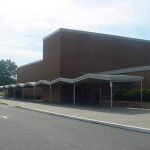 Board members in the South Butler School District are contemplating a change to the district’s grading scale.

A motion was made to revise the grades to a scale that is more similar to college. Currently, students receive an “A grade” if their score is in between 92 to 100. The proposed change would move that scale to 90 to 100.

The district says the rationale for making the change is built upon college admission and scholarship opportunities.

The board will vote on the decision Wednesday.