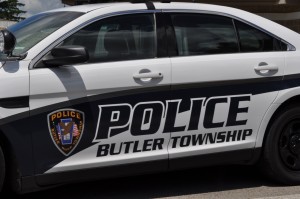 No one was hurt when two cars collided at a Butler Township intersection on Monday.

The crash happened about 8 a.m. at the intersection of Meridian and Whitestown roads.

According to Butler Township Police, 58-year-old Linda Stock of Renfrew was traveling north on Meridian Road when she attempted to turn left onto Whitestown during a yellow light.

Stock’s Chevy Malibu collided head-on with a Toyota Prius, driven by 42-year-old Bernadette Link of Portersville. Link was traveling south on Meridian Road and going straight through the intersection.

Both vehicles had to be towed but police say no one was hurt.